At the DARIAH-DE Grand Tour 2018, we successfully proved that already more than 30 years ago computers not just allowed to write adventures, but more importantly to interactively experience them. We are of course talking about text adventures, one of the formative genres of computer game history.
In addition to the classic “Zork” (1977), visitors could also enjoy “The Hobbit” (1982) and the German graphic adventure “Magic Castle” (1984). Fittingly, the 8-bit duo Pornophonique from Darmstadt told musical stories with the help of a Gameboy and a guitar and brought the audience to dance with their own compositions as well as well-known cover hits.

Hit Me Baby One More Time! 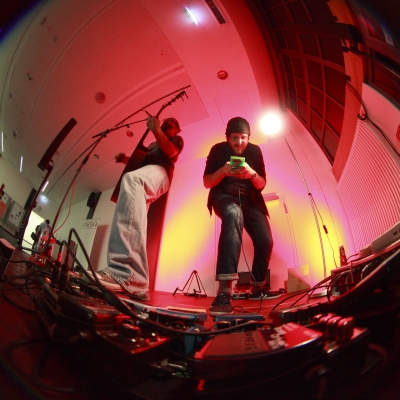 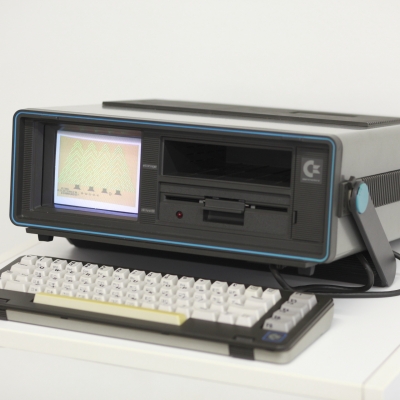 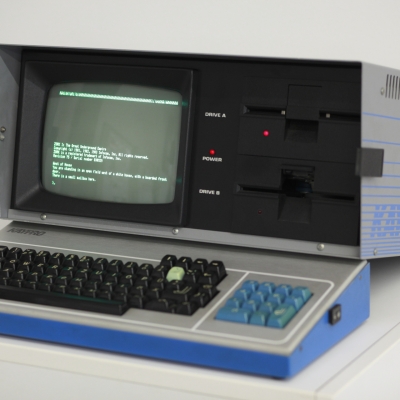 The new MEGA65.org website is online! While there still (and always) is room for improvement and most renderings are pre-versions, we are pretty happy with the new fancy look of the page. Nevertheless, for less polished work-in-progress shots and news you can always visit Paul’s blog or come here. 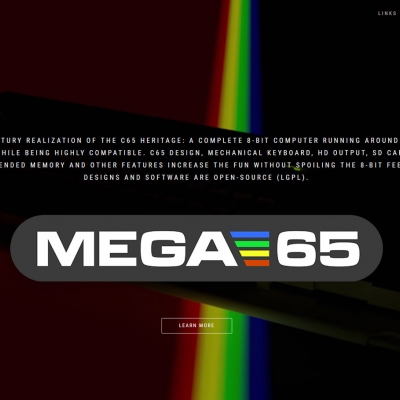 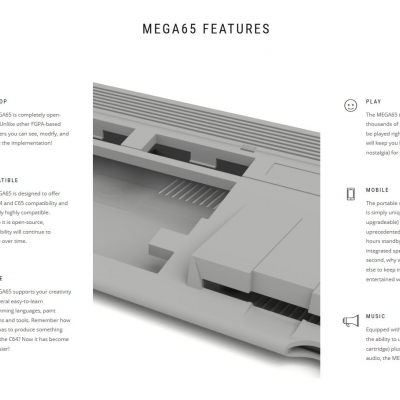 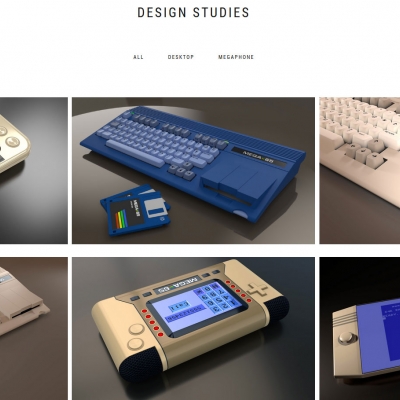 Summer break is over so we are again busy working on the MEGA65. While the big page update with some decent news is almost finished we want to share some impressions of the new MEGA65 keyboards. Our friends at GMK have done an incredible job producing these uncompromising mechanical keyboards. Metal frames, cherry MX switches, four RGB LEDs, CPLD based bus system and other details make the best keyboards we can imagine. But please find out for yourselves… 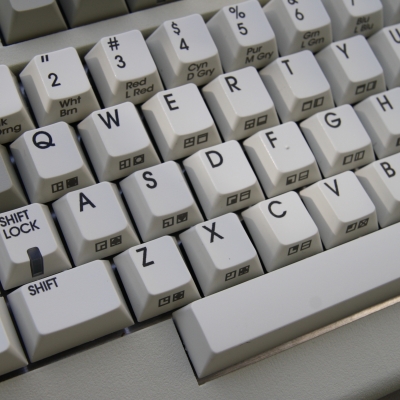 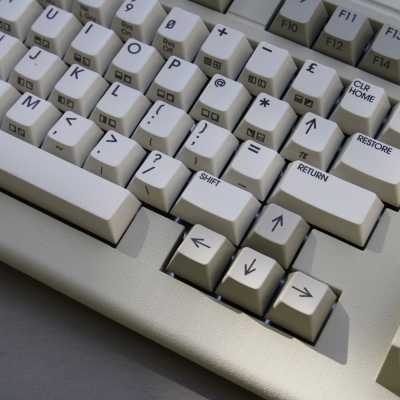 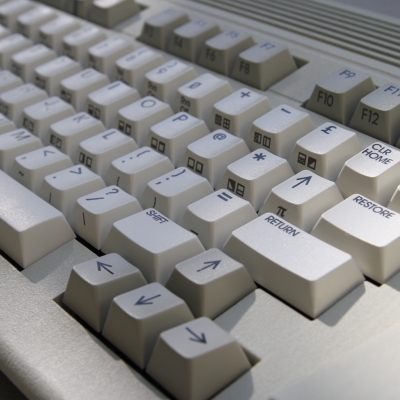 The newly published book “Art et jeux vidéo” shows our T42 – Tennis for Two and beautifully portrays the aspect of art in video games of the last decades. Even without knowledge of French a wonderful book to browse and languish! 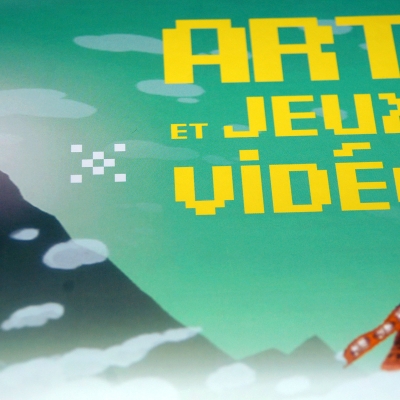 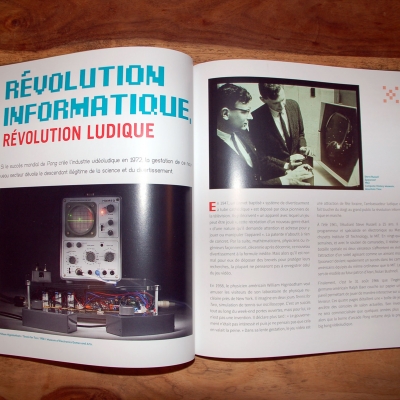 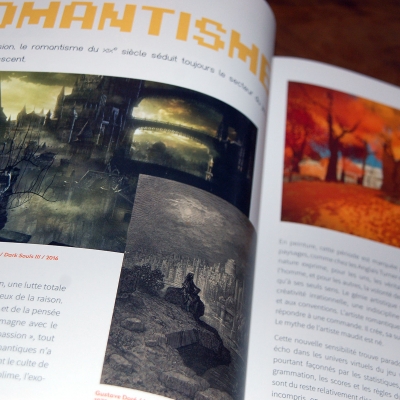 MEGA now offers the learning program “programming 1×1″ not only for elementary school students, but up to and including upper secondary/high school. The workshop at the private school LFS in Bensheim / Germany was a complete success, we thank in particular Mr. Schulz for his commitment and his enthusiasm! 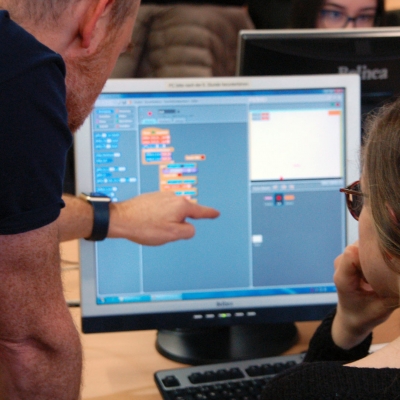 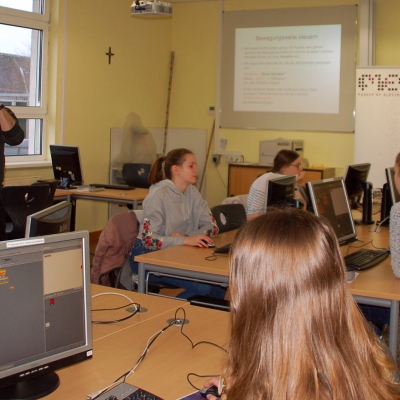 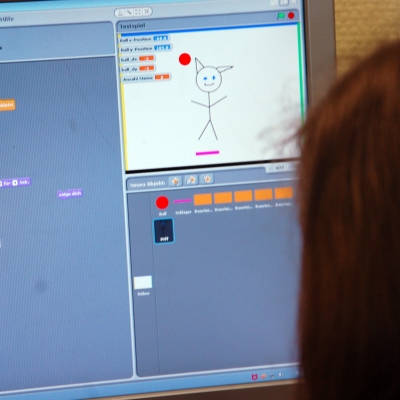 “The Kaypro … let you write with light on glass, not ink on paper, which was mind-blowing. It felt both godlike and ephemeral.” (Andrei Codrescu)
In the early 1980s, Andrew Kay developed the Z-80 based 64 KB Ram-equipped portable computer. His screen has 25 rows and 80 columns. Together with word processor software WordStar not only new possibilities for authors are opened up. The community discusses the development critically, in particular with regard to the new manuscripts that have been created, but also with regard to their genesis.
The literary history of early word processing is the subject of Matthew G. Kirschenbaum’s new publication “Track Changes”. It documents key moments of authors dealing with the new digital technology in the late 60s to the 80s. This book is subject of a seminar this winter term 2017/18 at Technical University of Darmstadt.
On the Kaypro numerous novels and screenplays were written, such as Arthur C. Clarke’s work “2010: The Year we Connect” (1984), a science-fiction film about an expedition to Jupiter, and George R. R. Martin wrote his novella “Game of Thrones” with WordStar.
In the seminar Techniques of Philological Research and Data Processing students of the Digital Philology can get an idea of the historical technology and the associated framework conditions as part of a media archaeological excursion. 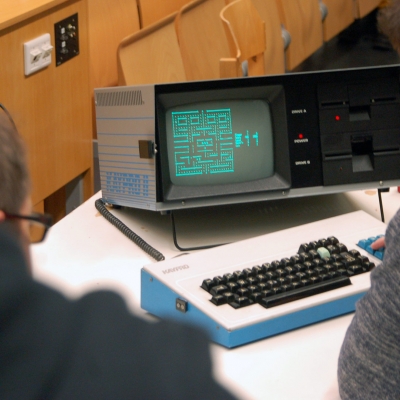 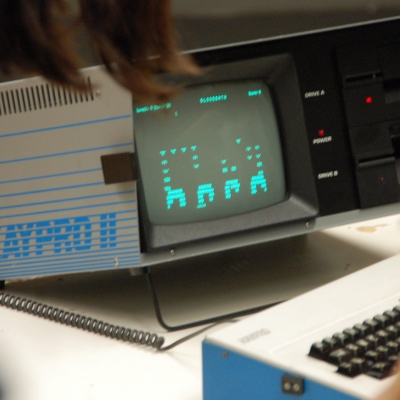 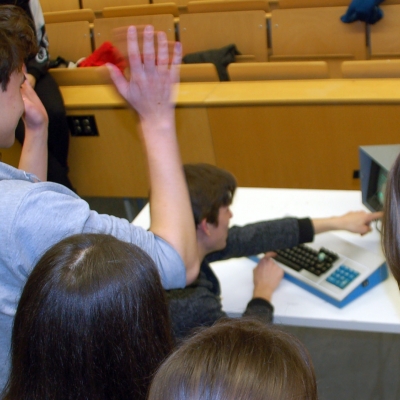 For an upcoming exhibition we decided to use -amongst other machines- a Kaypro II “portable” computer from 1982 running CP/M 2.2. While the machine was quickly found in the archive, it decided to not work without some extra attention. We removed a net filter that went up in flames and adjusted one of the drives. It now works like new and the interesting thing is that the software explicitly prompts you to make a copy! You cannot run software from the original disk (unless you know the trick). This adds to the machine being very repair-friendly and well designed. Why don’t they produce things like this anymore. 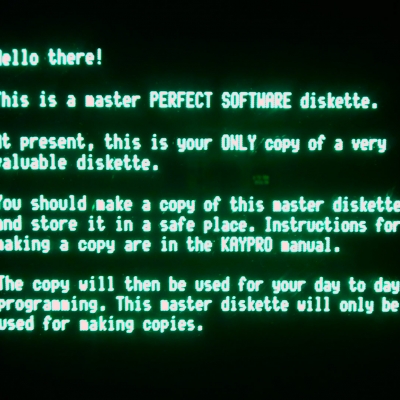 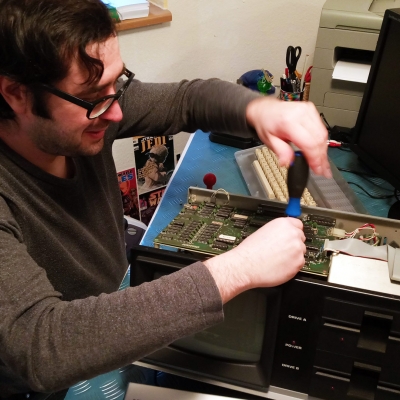 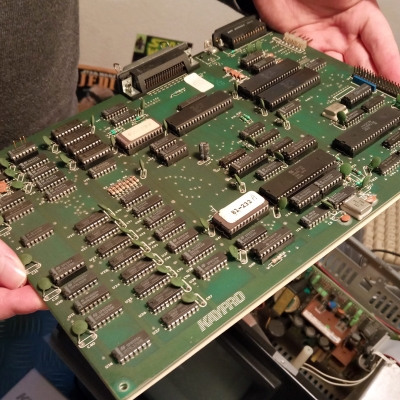